This past fall I had the privilege of traveling to Saint-Lô, Normandy to visit the Le Pin National Stud Farm (Haras National de Saint-Lô). My goal in traveling to Normandy was to learn about the Selle Français breed in general, but more specifically to understand how the French maintain breed quality, how they train their horses and what to expect when considering purchasing a Selle Français for myself or clients.

Saint-Lô is a small town close to the Normandy coast and as with coastal climes, it was overcast, rainy and cold, much like the coast of my home state, Oregon. Due to the mild, wet climate, the grass in Normandy is incredibly lush and nutritious — this is “terroir” that the French claim creates these incredibly athletic, talented and brave horses.

On arrival in France, I drove two and a half hours from Charles De Gaulle airport and immediately began my Selle Français education, arriving at a small horse farm (a “ferme”) near Saint-Lô to meet with a trainer and see a few young horses. After looking at the weather, I bundled up, with waterproof boots, raincoat, scarf, hat and layers to keep warm while out in the damp, chilly air. Normandy weather really does give meaning to the saying “chilled to the bone”. Riding in Normandy during winter is not for the faint of heart! 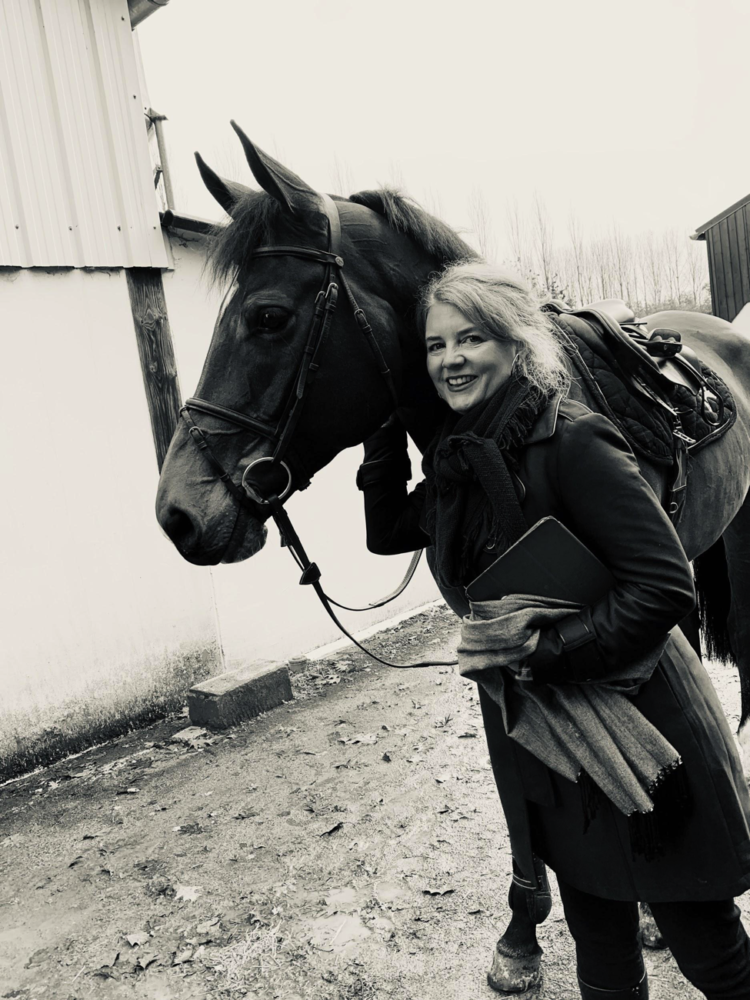 Selle Français breeders are often small operators, owning just a few select horses which they breed, raise, train and show until sold. These owners, who are often farmers (fermiers), truly love their horses and treat them with respect and care. One of the first things that intrigued me at this first “ferme equestre”, was the footing in the outdoor arena. The French use an interesting whitish-gray clay/sand mix in their outdoor arenas. This footing absorbs moisture and actually becomes better the wetter it gets. Based on the weather patterns in Normandy, this makes sense! The two horses I watched flat and jump outside (in the drizzle) were a beautiful and massive dark bay 4-year-old gelding and a 6-year-old bay gelding. Both horses were so friendly in their demeanor, snuggly and very gentle in their stalls, while very impressive in the arena under saddle.

Based on my very first experience with Selle Français breed at this small ferme, I left truly excited about the next four days in Normandy. My next stop would be Le Pin, the French national stud farm and Pôle Hippique, one of the largest equestrian centers in northern France. Here, I would be attending the 3-year-old Selle Français show, as well as exploring the Equestrian Center and viewing more potential sales horses for my business and clients.

Le Pin and the National Stud Farm (Haras National de Saint-Lô) is a beautiful and impressive facility. Originally established by the French king, and an innovative architectural equine design, Le Pin was built between 1715 and 1730. Normandy’s reputation for being a prime horse breeding country was renowned even at that time! 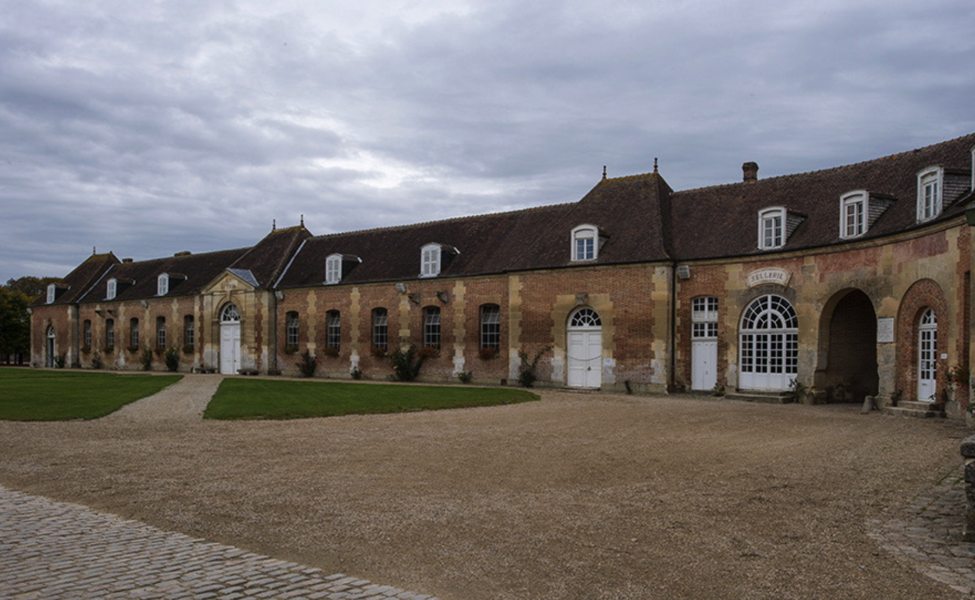 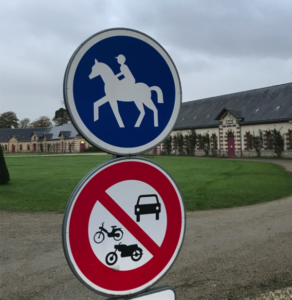 Le Pin has been expanded over the last 300 years to encompass a racecourse, the Haras National de Saint-Lô (one of the government-sanctioned and nationally recognized stud farms in France), the Pôle Hippique (an Equestrian and Event Center), staff buildings, semi-permanent stalls, and a cross country course. They even hold horseball tournaments here — I learned that horseball is a mixture of polo, rugby, and basketball on horseback! Le Pin and Pôle Hippique is a huge complex and one of the foremost equestrian event centers in France.

While in Saint-Lô, I stayed at a quaint bed and breakfast where every morning the proprietress provided guests with delicious coffee, croissants, French bread, and fruit. The coffee was especially necessary to keep warm and to recover from jet lag!! My room was very comfortable but I did not spend much time there other than sleeping! 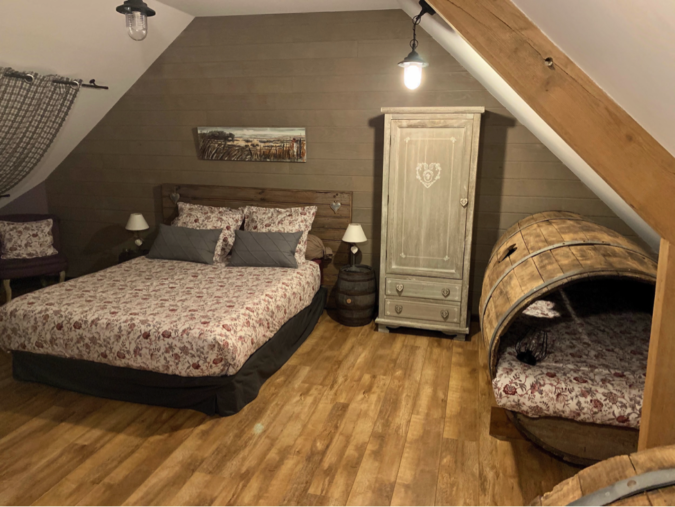 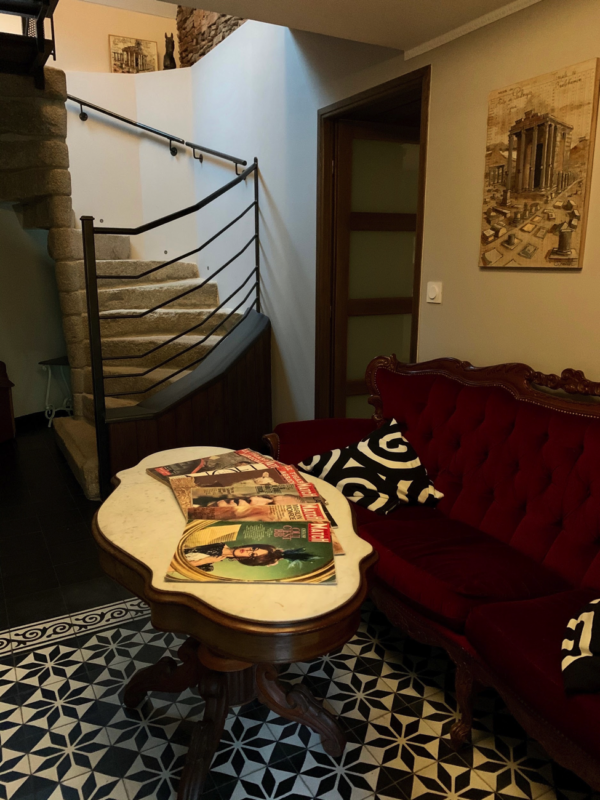 On Day Two I attended the 3-year-old breed show at Pôle Hippique, just a short walk from the Le Pin grounds. This show is quite a spectacle, with hundreds of 3-year-old Selle Francais youngsters being shown in one venue. During the show, I had to make notations in my 3-year-old catalog, as there were just too many fabulous horses to track and remember!

The French are very serious about the quality of the Selle Francais breed. They keep meticulous records on all of the horses admitted to the breed, including show records, breeding, ability, etc. In the first portion of the show, the 3-year-olds are asked to free jump. Each horse is guided through a chute over a series of jumps with the attendants raising the jumps higher after each round to display the athletic ability of the horse. In this way, show attendees can get an understanding of each horse’s jumping form, athletic ability and to some degree, the disposition of the horse.

Once this first event is completed, the horse then is judged on conformation and moves to a second phase in another arena. 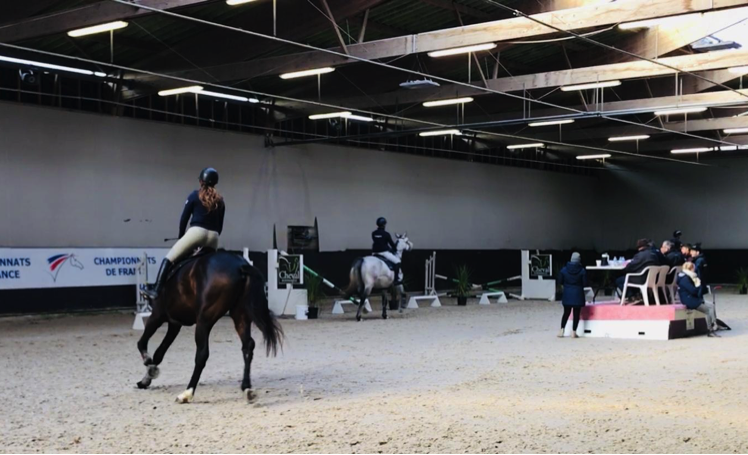 The second phase of the 3-year-old show consists of brave-hearted French equestrians riding 3-year-old mounts on the flat in a group and then one by one over a very small jump course. I cannot tell you how much admiration and respect I had for those French riders who were able and willing to ride these green horses in a very chaotic environment — noise, people, other horses, lights, shadows. Truly impressive! 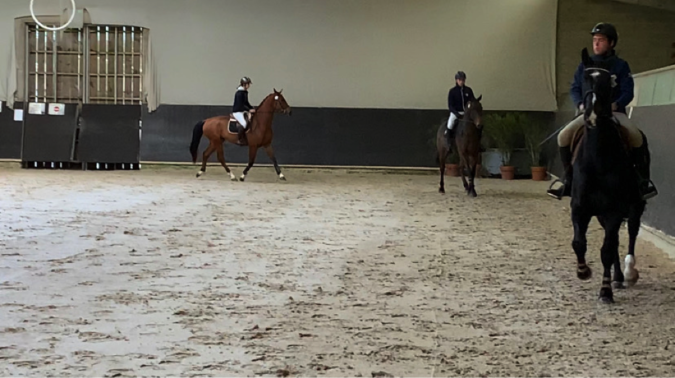 This riding event is also reviewed by French judges and entered into the record for each young horse. Most of the 3-year-olds that I watched were listed for sale in the catalog. I definitely had some favorites!

In between watching 3 year-olds and assessing potential sales horses, I did manage to enjoy one of my favorite things about France — the food! At the Pôle Hippique they make delicious rotisserie meats for the attendees to enjoy . . . and I did! 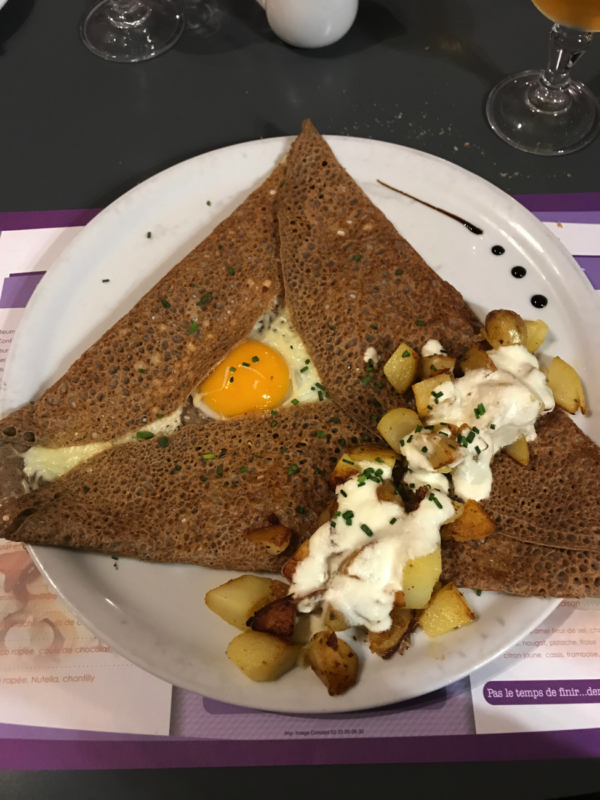 Day 3 consisted of watching many more 3 year-olds at Le Pin and visiting several more fermes. Quite a few of the horses I viewed were high on my list as potential purchases, and all were very well trained and super personable in their stalls. During my stay, I continued to be impressed with the Selle Français breed, breeders, trainers, and riders. Everyone we interacted with was extremely nice and helpful, explaining a lot about the background of each horse. We visited a few smaller fermes like the first and then one beautiful chateau that was also a breeding and training center.

One of my favorite dinners while in Normandy was at La Ferme Du Chateau Agneaux, where I had wild boar, a wonderful Châteauneuf Du Pape and of course, an incredible dessert that involved a lot of rich chocolate! 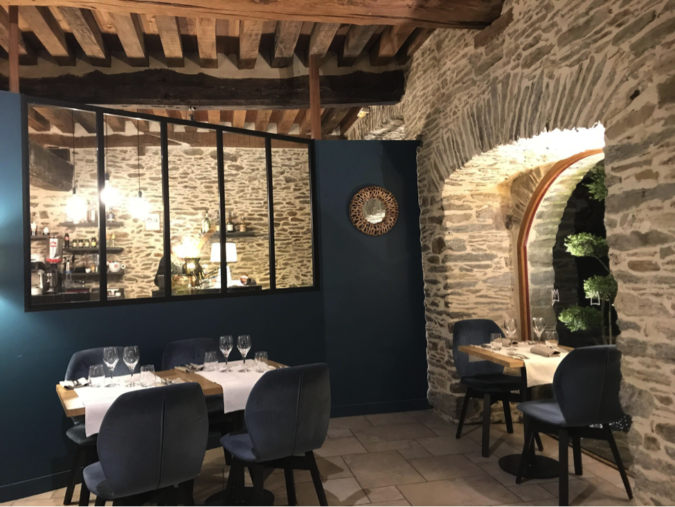 By Day Four, I learned so much about the magnificent and brave French warmblood breed, the Selle Français. I can also attest that Saint-Lô, Normandy truly is the heart of the breed. Le Pin and the Pôle Hippique is an incredible complex, that supports the breed in all aspects. It was an amazing trip . . . and I might just have bought a horse!! 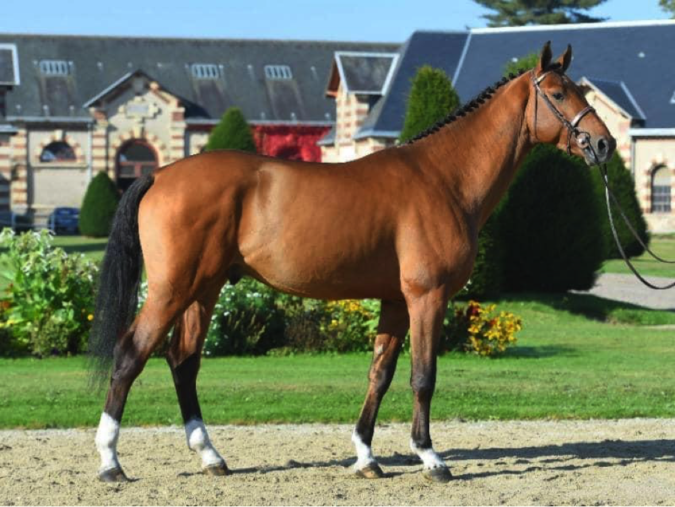 Meet Danturo Manciais (Canturo X Cassini II), a 7-year-old Selle Français gelding with a heart of gold. He will be at the Desert International Horse Park for Weeks II and III of The Desert Circuit and then he will be in training at Elevation Stables in Bend, Oregon. You can visit Danturo’s about page to learn more.